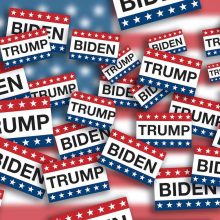 No matter who you are voting for on November 3rd, you may want to start considering the potential legal, financial, and tax impacts a change of leadership might have on your family’s planning. And as you’ll learn here, there are a number of reasons why you should start strategizing now, because if you wait until after the election, it will very likely be too late.

Although the election outcome is impossible to predict, some polls show Joe Biden with a healthy lead over Donald Trump and the Democrats could be poised to take a majority in both houses of Congress. Such a Democratic sweep will likely have far-reaching consequences on a number of policy fronts. But in terms of financial, tax, and estate planning, it’s almost certain that we’ll see radical changes to the tax landscape that could seriously impact your planning priorities. And while it’s unlikely that a major tax bill would be enacted right away, there’s always the possibility that when legislation does pass it could be applied retroactively to Jan. 1, 2021.

With that in mind, in this two-part series, we’ll outline the major ways Biden plans to change tax laws, so you can adapt your family’s finances and estate planning considerations accordingly. Although you may decide to put off any actual changes to your estate plan until after the election, if you have any big transactions on the horizon, or if you have an estate that could be worth $1 million or more when you die, we suggest you at least start strategizing now. That way, you’ll have plenty of time to take the appropriate action before the end of the year, which will undoubtedly be a chaotic period regardless of who wins the election.

While Trump has yet to release any formal economic proposals for a second term, Biden’s proposed economic agenda is essentially focused on raising some $4 trillion of new revenue over the next 10 years. The vast majority of this revenue would come from increasing taxes on high net-worth individuals.

Under Biden’s plan, “high net-worth individuals” are taxpayers earning more than $400,000. Those earning less than that would generally not see an increase—and perhaps even a decrease—in taxes, at least in the short-term. At this point, however, it’s not clear if the $400,000 threshold would apply equally to singles, heads of households, and/or married joint-filing couples.

Although the specifics haven’t been fully ironed out yet, Biden’s plan would boost tax revenue in a handful of ways:

This means that everyone earning more than $400,000 a year would see a tax hike. On the other hand, those making less than $400,000 would see no change in their personal income tax rate.

The Biden plan, however, would create an entirely new tax bracket just for long-term capital gains in which gains for individuals with incomes higher than $1 million would be taxed at 39.6%. So if you’re making more than $1 million a year, you’d no longer see the benefit of lower capital gains rates.

Given the potential for an increased capital gains tax rate, if you earn more than $1 million a year and are considering a sale of capital-gains qualified assets, or if a sale will bump up your income, you may want to consider accelerating any large transactions, so they’re finalized before the end of the year. If this is the case for you, consult with us, along with your tax and financial advisors, right away for guidance about which transactions should be prioritized and how to maximize your tax savings on each one. Keep in mind, if you wait to contact us about such transactions until mid-November, it’s unlikely we are going to be able to accommodate your needs, so be sure to act now.

Another way Biden’s plan would raise tax revenue is by subjecting incomes above $400,000 to the Social Security tax. Currently, the 12.4% Social Security tax—also known as the payroll tax—applies only to the first $137,700 of your income. Earnings above that amount aren’t subject to the tax, and the cap goes up annually with inflation.

The untaxed gap, or “doughnut hole,” on earnings between $137,700 and $400,001 would close over time with the annual increases for inflation. This change is designed to bolster the Social Security system by ensuring that the highest income levels are eventually subject to the full payroll tax.

In light of this proposed change, if you are expecting a bonus or other special end-of-the-year compensation, you should consider arranging for the money to be paid out by the end of 2020, rather than waiting until the start of 2021.

When it comes to estate planning, the most critical aspect of Biden’s proposed tax increases would be a major reduction in the federal gift and estate tax exemption. Starting in 2018, the TCJA doubled the gift and estate tax exemption from prior levels, increasing to $11.58 million for single taxpayers and $23.16 million for married couples. Any amounts above this exemption you give away during your lifetime or transfer upon your death are subject to a flat 40% tax.

The increased exemption amounts under the TCJA will sunset at the end of 2025, but if Biden wins the presidency, the enhanced exemption could be repealed much sooner. Indeed, Biden proposes to reduce the exemption back to at least the 2017 level of $5.45 million for individuals and $11.58 for couples.

There are others who suggest the federal gift and estate tax under Biden might even return to 2009 levels, when the individual exemption was set at $3.5 million and the estate tax rate was 45%. What’s more, seeing that in the past lawmakers have made estate tax rates retroactive, it’s possible that these changes could be applied retroactively and go into effect as early as Jan. 1, 2021.

Whatever the final outcome, it’s clear that if you have assets valued between $3.5 and $11 million, you need to seriously consider taking steps now to take advantage of favorable estate-tax exemption rates that may never be seen again. To this end, you should consider opportunities to transfer assets out of your estate now in order to lock in the higher exemption amounts.

That said, transferring assets out of your estate, whether done via gifting or other means, can take several weeks to plan, set up, and finalize, so avoid the temptation to wait until after the election to start planning. In fact, you should immediately meet with us, as your Personal Family Lawyer®, to discuss your options and get things started.

By setting your plan in motion now, you can have your strategies in place and ready to go, so you can pull the trigger (if needed) once election results are in.

Next week, we’ll continue with part two in this series on how to prepare your estate plan for a Biden presidency.

Proper estate planning can keep your family out of conflict, out of court, and out of the public eye. If you’re ready to create a comprehensive estate plan, contact us to schedule your Family Wealth Planning Session. Even if you already have a plan in place, we will review it and help you bring it up to date to avoid heartache for your family. Schedule online today.